Although the painting has the signature of Rowland Lockey (1565/7-1616), it is dated 1530 and the linen canvas dates back to the 1520s. Recent studies indicate that Holbein probably began but never finished this more permanent oil version of the water-based painting that he had completed c. 1527. The water-based ("distempered") original perished in a fire in 1752. Margaret is pointing to the word "demens" ("mad") in the chorus of Seneca's Oedipus, act 4. Other books identified are Seneca's Letters under the arm of Elizabeth and Boethius' Consolation of Philosophy on the sideboard. 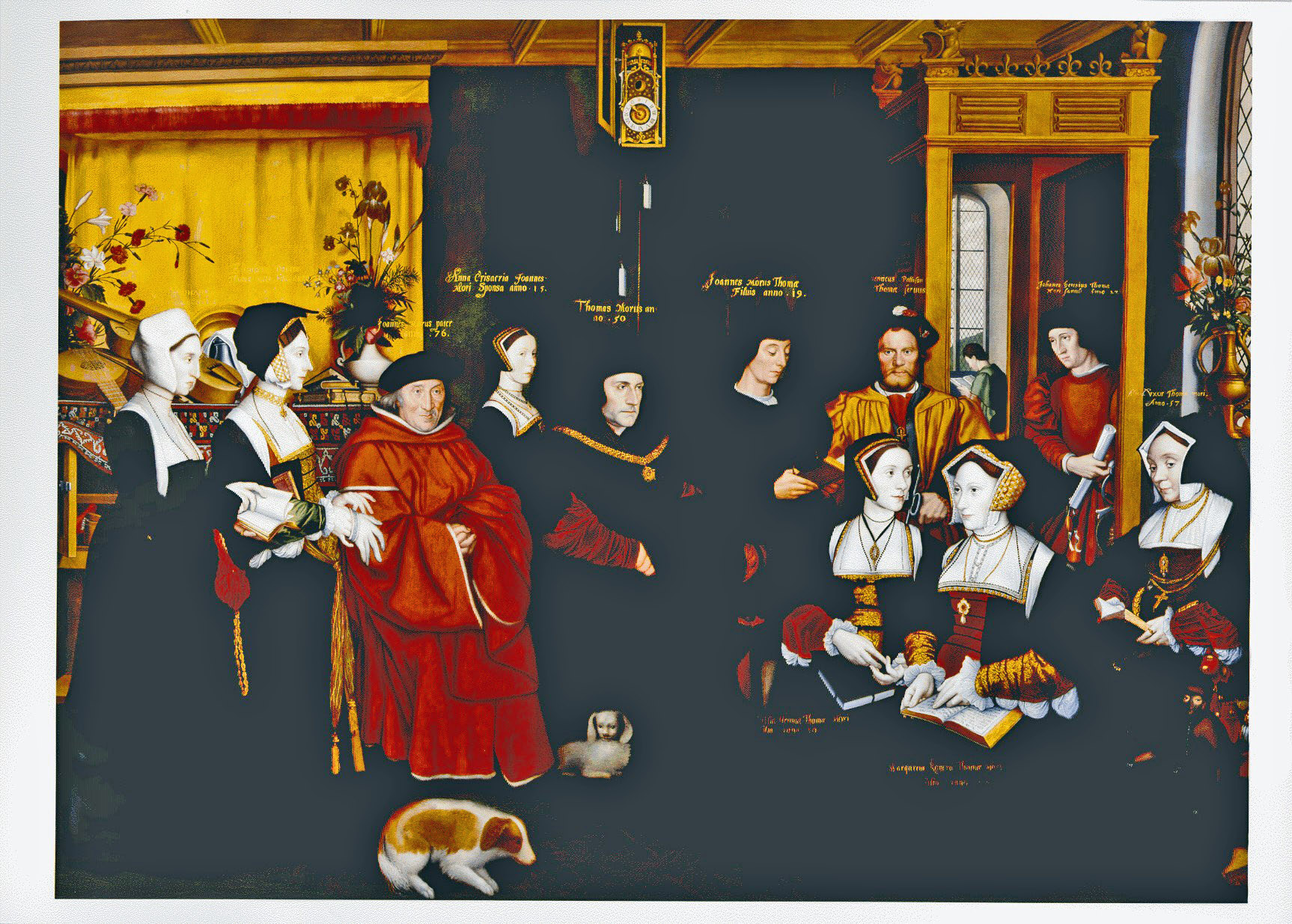 The Center for Thomas More Studies seeks to advance the study and teaching of Thomas More’s life and writings, with a special emphasis on More’s understanding of law, liberty, and leading citizenship.

Please support us with your tax-deductible donations.